On Russian Students Day, 25 January, a meeting was held at Lenexpo between St. Petersburg’s students and the city’s vice governors, Irina Potekhina, Yevgeny Yelin, Vladimir Knyaginin and Yulia Ablets, chairlady of the Committee for Youth Politics and Cooperation with Social Organisations.

At the beginning of the meeting, Irina Potekhina announced the city government’s initiative to hold ‘youth days’ during the city’s largest industry-specific convention and exhibition events: ‘Each year, St. Petersburg hosts more than 20 large international exhibitions, and we would like something like a careers fair to be held within each of these exhibitions. A forum where you could meet with industry leaders from all around the world, get to know local employers and find your place among their companies and domains’.

The initiative aims to help students and young specialists to bring to life their entrepreneurial ideas, to develop the necessary skills for their career and to facilitate the growth of competencies within the city’s economy.

Using the works of the American psychologist Mihaly Csikszentmihalyi, who studied optimal stress, as an example, Irina Potekhina expressed her hope that ‘youth days’ would help participants to ‘figure out where you’re happy’.

Yulia Ablets discussed plans to launch a blogging school and a continuous live stream. She also suggested that students work together on these projects.

Yevgeny Yelin noted that this is the first time that the workers of the future will see the chaos on the labour market, but that it should not frighten them: ‘Here is a reasonable question: what are we inviting young people to? The world of Mad Max? We have loads of kids with technical qualifications. Entropy should grow, it can’t decrease, and entropy is a synonym of chaos. You become brighter and more experienced when you break down barriers.’

Here, the vice governor drew attention to the fact that Russia is among the top five countries in the world in terms of the quality of education, but graduates need to be highly adaptable and competitive.

For his part, Vladimir Knyaginin believes that the youth of St. Petersburg will initiate a new economic stage in the development of the city: ‘What are we dealing with in St. Petersburg? What’s key and most important is that our stage of development has ended; we must launch a new one. New values are appearing and new demands are being made of our city.’

The vice governor named the four most important directions for the city’s development, where promoting the potential of the workforce is critical: the ‘smart’ city, the social city (personal responsibility), the comfortable city (cultural development of residents) and the open city (transport and communicational accessibility).

After the speakers’ presentations, the students took the chance to ask them career-related questions, one of which was ‘how can I get a job in the government of the city?’ Irina Potekhina replied that you need to gain experience in different industries: ‘Working within the authorities is a complex social elevator. You have one advantage – you’re already in St. Petersburg. You’ve probably heard the term ‘creative territory’. It’s where all new things are born. People want to live somewhere comfortable, with culture and social spaces. St. Petersburg is one of those places.’ 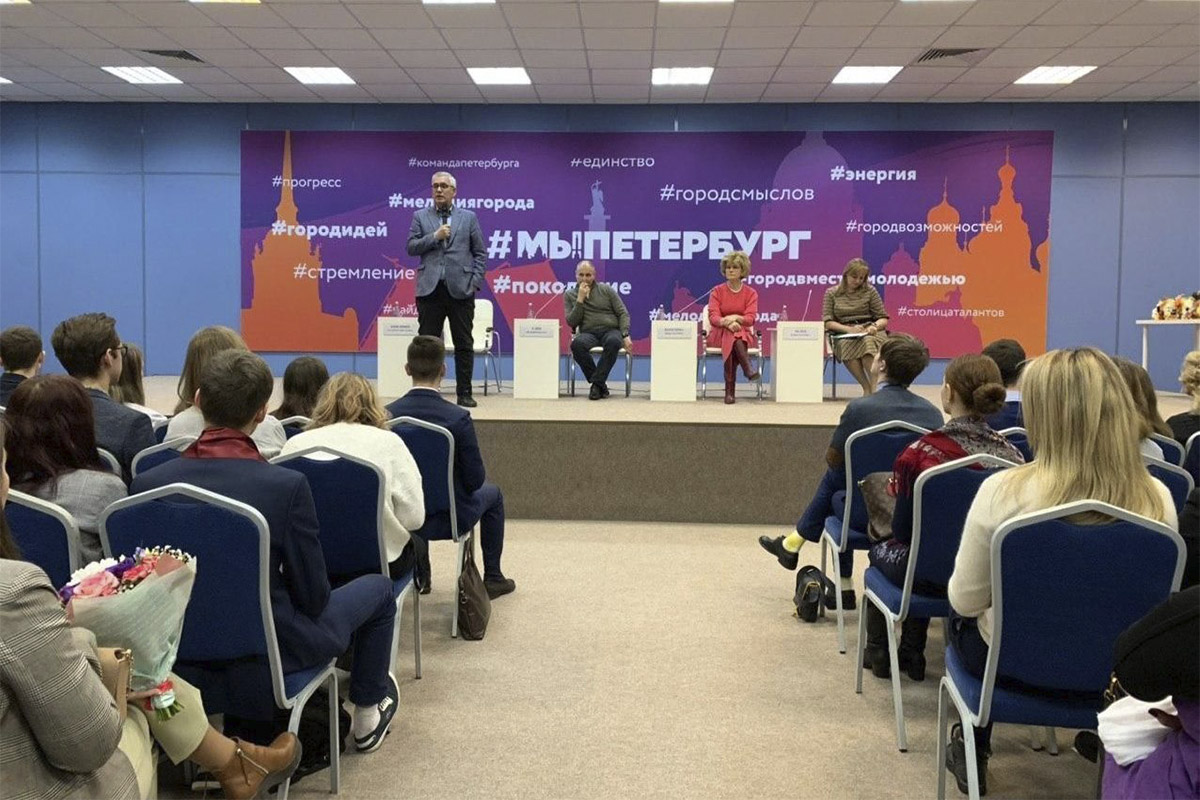 Back to news
sep
A Music Passage is arranged in Expoforum
The first two sculptures (of classical composers Mozart and Shostakovich) by St. Petersburg sculptor Arutyun Akobyan have already taken their places in the Expoforum Convention and Exhibition Centre. The solemn opening ceremony took place on September 21, 2021. The Music Passage project continues already established cultural traditions of the venue. The heroes have not been chosen by accident.
sep
Расписание движения автобусов на выставки «Нева», «РАДЭЛ»
Расписание движения бесплатных автобусов на Международную выставку и конференцию по гражданскому судостроению, судоходству, деятельности портов, освоению океана и шельфа «НЕВА 2021», «Радиоэлектроника и приборостроение. РАДЭЛ 2021» 16 – 26 сентября 2021
feb
“ExpoForum-International” awarded by “The Industry Meeting Oscar”
On January 28, the winners for EFEA Awards - the international annual independent award amongst the event organizers has been announced. The nomination of “The Organizer of Year for The Russian Federation region” The judges named “Expo Forum-International” and “Roskongress” to be the winner, and have been recognized as The Best “Organization of The Year” nomination.
load more
A Music Passage is arranged in Expoforum
Расписание движения автобусов на выставки «Нева», «РАДЭЛ»
“ExpoForum-International” awarded by “The Industry Meeting Oscar”
RIEF 2020 Takes Place in a Hybrid Format
3,000 Users Joined the Work of the BRICS Forum
Want to Get a Visa? EXPOFORUM Will Help!
Forums, conventions and exhibitions are back at Expoforum!
Events rescheduled
Ecological, housing and industrial projects unite at Expoforum
8 March is about more than just tulips